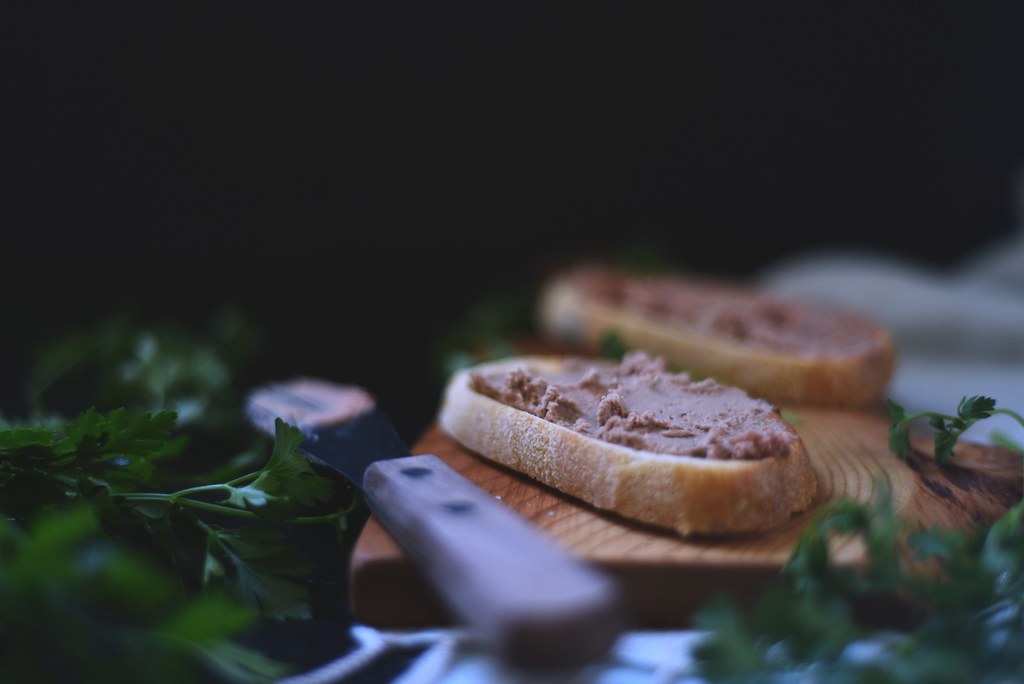 last thursday marked the 2 year anniversary
of my beloved gpa’s passing.
something he and i had an affinity for was
liver.
weird right?
as a kid, i loved the stuff.
i wonder now though
if i liked liver because he did,
or cus i really did like it.
my memories of gma’s pâté
are murky at best.
i know that she would make it as a treat.
i know that gpa and i,
during our bonding time on a sunday morning,
would share french bread chunks,
me with the soft insides
and he with the crusty outsides,
sneaking pieces of cheese
and sipping milky coffee
and generous slathers of pâté.
it was always an adventure
eating with gpa.
i credit him for introducing me to good eats,
and this was made with him on my mind. 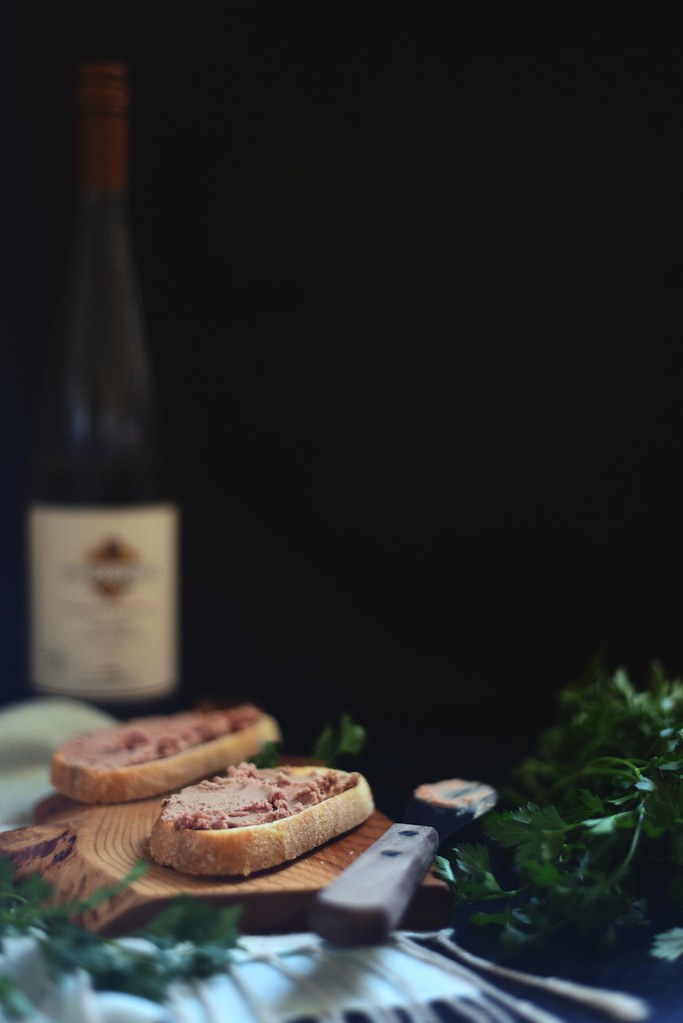 guinea hen liver pâté
i sorta followed this ingredient list, but did this method
makes 16oz

*note: there was no way gma was going to give me her recipe. she’s forgotten it and besides, she is adamant about eating BORING. bad cholesterol runs in the family, though *i* am in the clear despite genes, she would be furious if she knew i made pâté. i turned to two resources, one for the method that most looks like how gma made it and the other for the use of duck fat, instead of butter & cream.
**note: our local butcher had guinea hen liver (i saw GUINEA on the package and nearly tackled dw, i seriously thought he purchased guinea pig liver) and we hunted around the city for duck fat. thank you twitter for hooking a sister up.

preheat oven to 300F and bring a pot of water to boil.

in a sauce pan, saute together the diced onions and minced garlic in 1 TBL of duck fat over medium heat. leela was not going for caramelization while lebovitz totally was, i was aiming to not burn the house down. season the onions and garlic with salt and add the remaining 7 TBL of duck fat to the pan, allowing mixture to simmer away happily for a few minutes. turn off heat and set aside to cool slightly.

in a strong blender or vitamix, add in the raw livers, hard-boiled eggs, sherry vinegar, reisling, salt/pepper, cayenne pepper and onion/garlic saute mixture. blitz until smooth, and then blitz some more.

pour liver mixture into ramekin(s) (i used 2 4oz and 1 8 oz ramekin). tap bottom of ramekins to let the air bubbles out. place the ramekins into a larger casserole dish, and place into the preheated oven. very carefully pour the boiling water into the larger dish, until the water reaches about half way up the ramekins.

bake time: 15 – 25 minutes, depending on how big the ramekins used are.
because the liver mixture was divided among 3 dishes i timed it to bake for about 12-15 minutes. you’re looking for set sides but slightly wiggly middles. (so scientific, i know)

remove the ramekins from the casserole dish and allow to cool to room temp.

meanwhile, you can make a jelly to cover over top the pâté. both leela and lebovitz made completely different versions. i deferred to leela only because it’s so pretty, and i had a bunch of parsley to use up. either are fine, but i definitely think it should be done. pâté is not pretty and cover up makes it more appetizing looking.

cover and fridge overnight. when ready to consume, take it out of the fridge about 20-30 minutes prior. slather on warmed crusty bread. 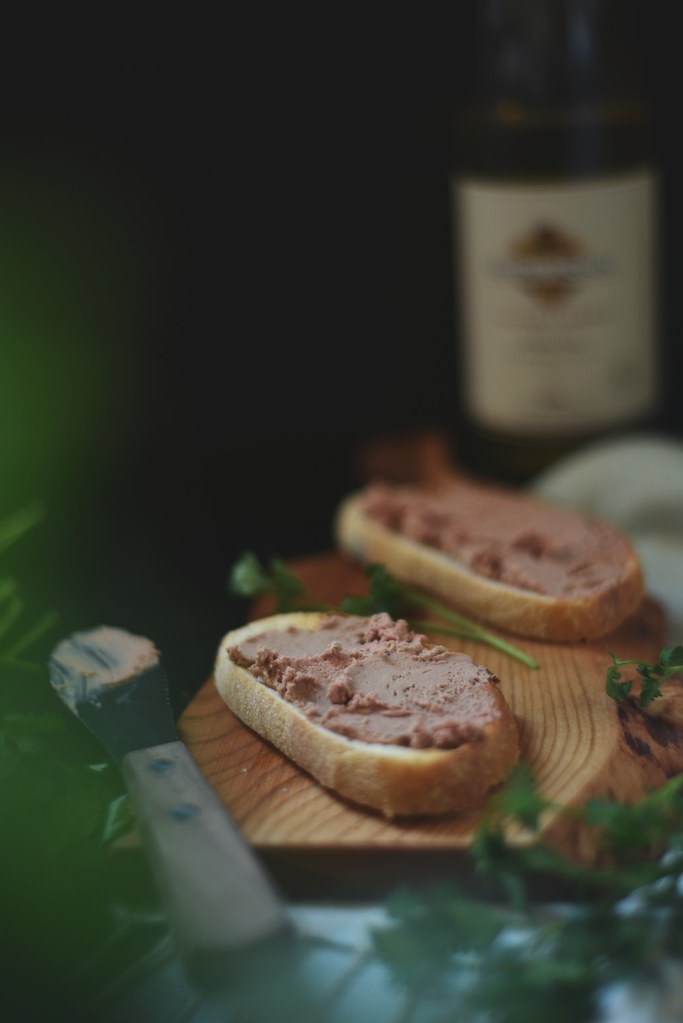