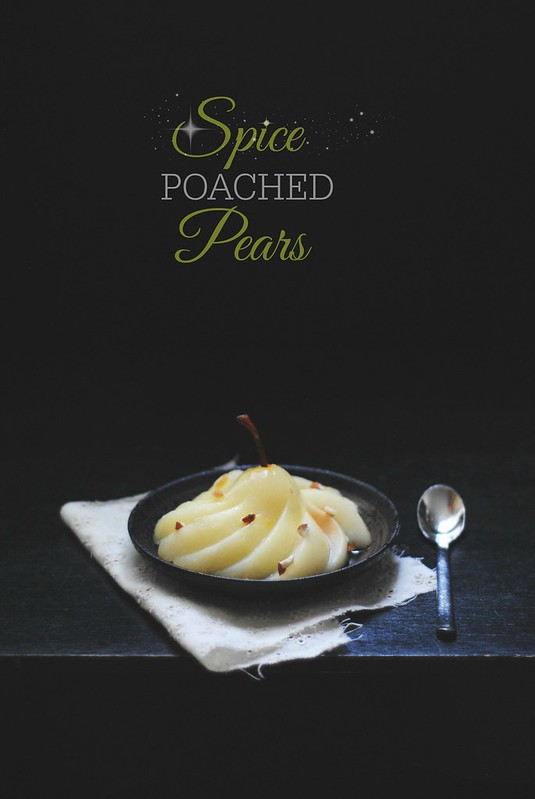 girl, you make my speakers go boom boom
dancin’ on the tailgate in a full moon
that kinda thing makes a man go mmm hmmm

everyday this week
i’ve been jamming to
Luke Bryan
based on his website
he has FIVE albums out
which leads me to believe
that he’s been around awhile
and i’m behind the times
and i have catching up to do.

one would think
with those lyrics
i’d be slightly embarrassed
but nay.
in the privacy of my office,
or car,
or shower,
when the BOOM BOOM part comes on,
you better believe
i’m shaking my ass.

meanwhile, i’d like to think
that these spice poached pears
would make a man,
or anyone,
go mmm hmmm. 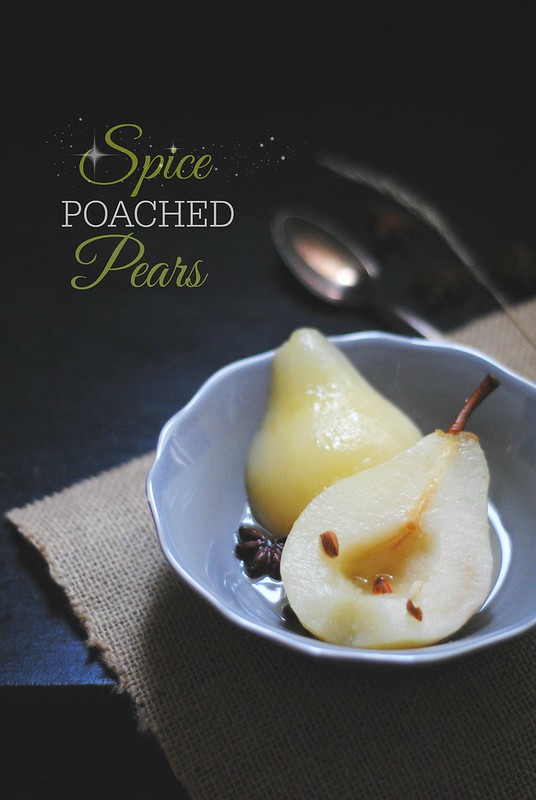 *note: if you have a tall/narrow pot, you can cut back on the liquid amount, but seeing as how i have just a simple sized saucepan that’s what i used. the key is to get as much of the pear submerged as possible, though if you cut the pear in half, submerging isn’t a hardship. if you keep it whole, add in more water & sugar, adjust according to taste.

6 cups water
½ cup sugar, slightly over
4 star anise
1 cinnamon stick
palm full of whole cloves
juice of one lime, if organic, a strip of the zest would be nice
2 bosc pears, peeled

in a saucepan, add the water & spices and lime juice. bring to a boil. lower heat and gently add in the pears. keep an eye out and gently simmer uncovered for about 15 minutes.

your goal is to soften the pear but not to mush. gently remove the pears and allow to cool. you can cut in half, or get fancy with the swirly cutting.

reduce the liquid until it’s slightly thickened, like a simple syrup. drizzle over the pears & garnish with some chopped almonds.

we keep the syrup to add to fizzy water when it tickles our fancy. 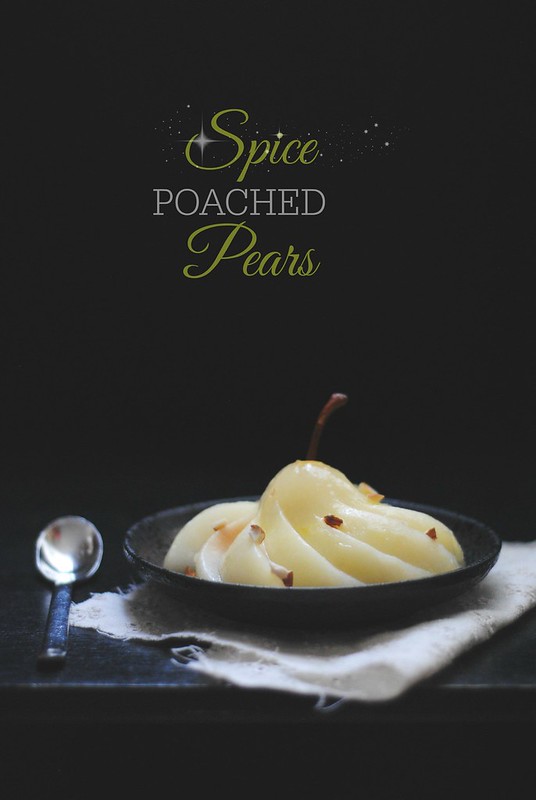