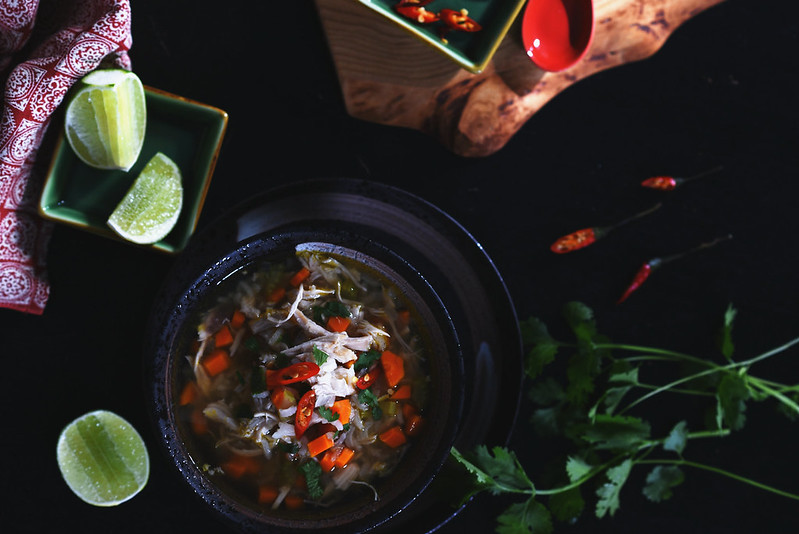 we celebrated autumn super early this year,
like,
butt-crack of september early.
not because it was cold,
but because there was a Chicken Soup Contest
that i had to enter
and i needed to tweak the recipe.
for 3 weeks straight
poor dw had to eat chicken soup for lunch.
further,
he had to analyze what it was lacking,
and what i could do to fix that lacking. 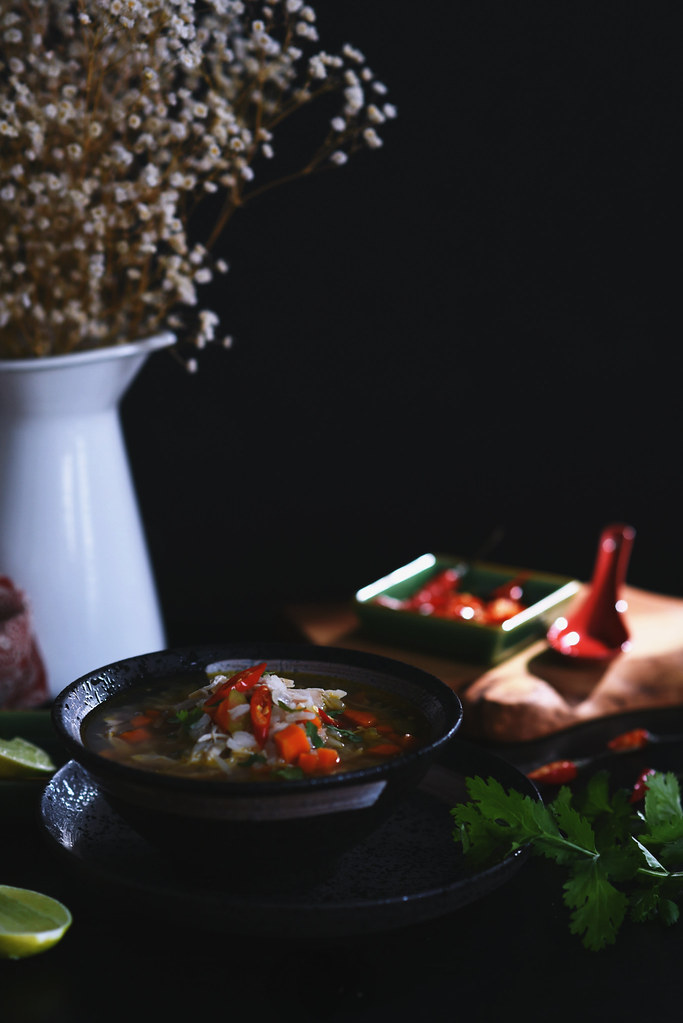 dw was by my side the entire event,
helped set up,
calmed my nerves,
and assisted with the ladling.
(he also reminded me to look gracious
when i didn’t win ALLLLLL the categories #TigerChild)
i even sent him out to spy on my fellow competitors.
alas,
we walked away with the
“Director’s Choice Award”
(he was so adorably proud #MyBiggestFan)
we have a week’s worth
of leftover soup for lunch,
dw has requested no soup after this week,
and i’m already brainstorming for next year. 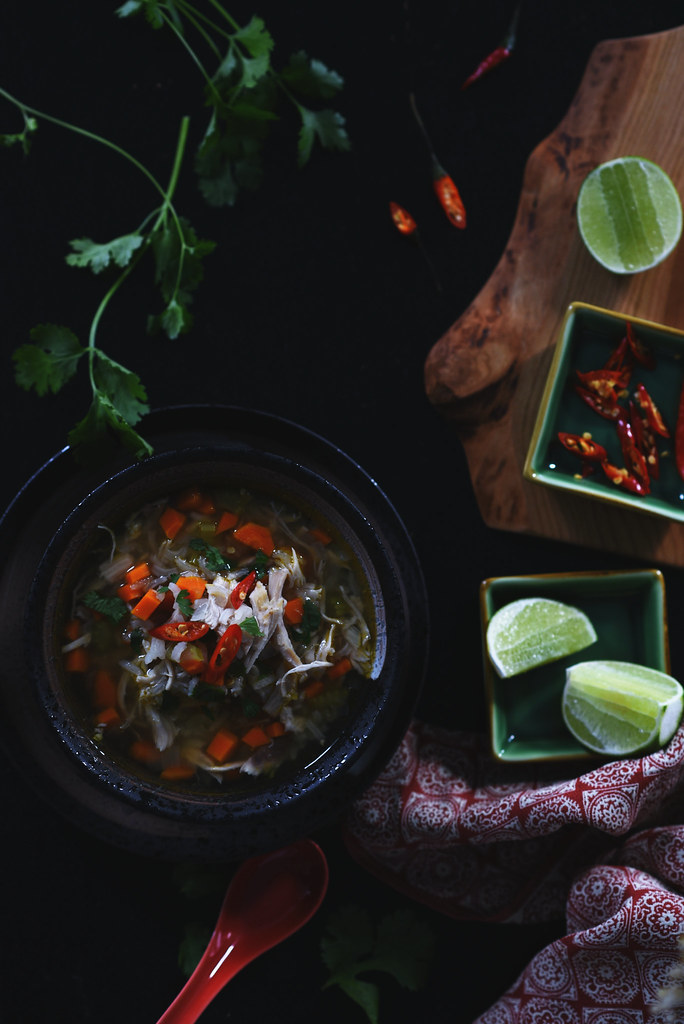 *note: it looks like a lot. if it’s too long, you don’t want to read and you’re strapped for time, use boxed/canned chicken stock and infuse the lemongrass/ginger/garlic/kefir lime leaves by simmering them in for about 30 minuntes. it’s cheating, but it’ll do the trick.
*due to this being a jewish contest, the rules were that the ingredients be kosher. kosher rotisserie chicken is brined, so there’s an added saltiness. for the first 2 weeks we used regular plain rotisserie chicken and upped the fish sauce amount. for the last 2 weeks, i decreased the fish sauce amount, just be sure to season to taste accordingly.
*note: the garnishes are clutch — the lime and cilantro adds freshness. don’t skimp on that.
*late note: to keep the flavor of lemongrass etc in the soup throughout the week, keep the extra flavoring pieces in, fishing them out just before serving. if you take them out sooner, the soup still tastes great, but it’s milder.

in a crock pot, add all the stock ingredients in and add water till it covers everything. lid, turn on low and walk away. i’ve done it for as short of amount as 4 hours and for as long as over night (about 7-8 hours). strain and set aside.

to make the extra flavoring, in a small frying pan gently warm a splash of oil and saute all the ingredients. be gentle, you’re just warming the ingredients through so they can release their aroma and flavor. keep on low, kinda sorta ignore and every so often move the ingredients around so they don’t feel neglected and burn.

in a big pot, heat up the oil and saute the diced onion until softened, you’re not looking to caramelize it though so be careful. add in the minced garlic, carrots and celery and mix thoroughly. carefully pour in the stock. add in the extra flavoring & shredded chicken, and bring to a boil.

season with fish sauce, to taste.

at this point, you can fish out the random flavorings, or just avoid them when ladling the soup.

serve with lime wedges and topped with chopped cilantro and chopped red chili. 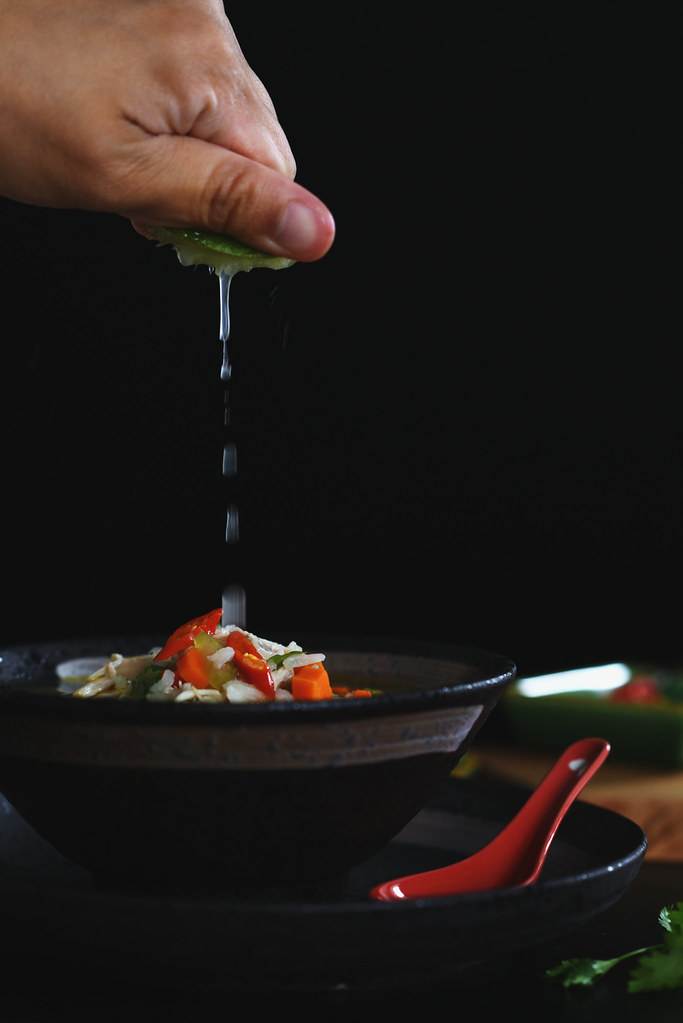 3 years ago: how to make bouillon cubes
2 years ago: blueberry swirl + coconut macaroons
1 year ago: apparently, i didn’t do shit last year.