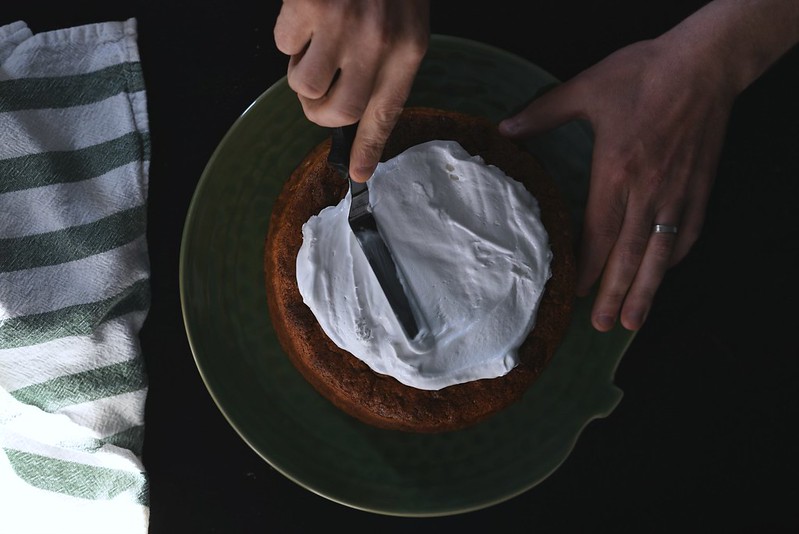 we’re enjoying an indian summer right now,
temps were around 70
when we went apple picking over the weekend.
the increase in temps didn’t prevent us
from turning on the oven though.
it shouldn’t turn you off either.
it’s too lovely to be inside,
but if you must,
open your windows wide
and make this magical cake.

here’s to hoping it’s been a
glorious october for you too. 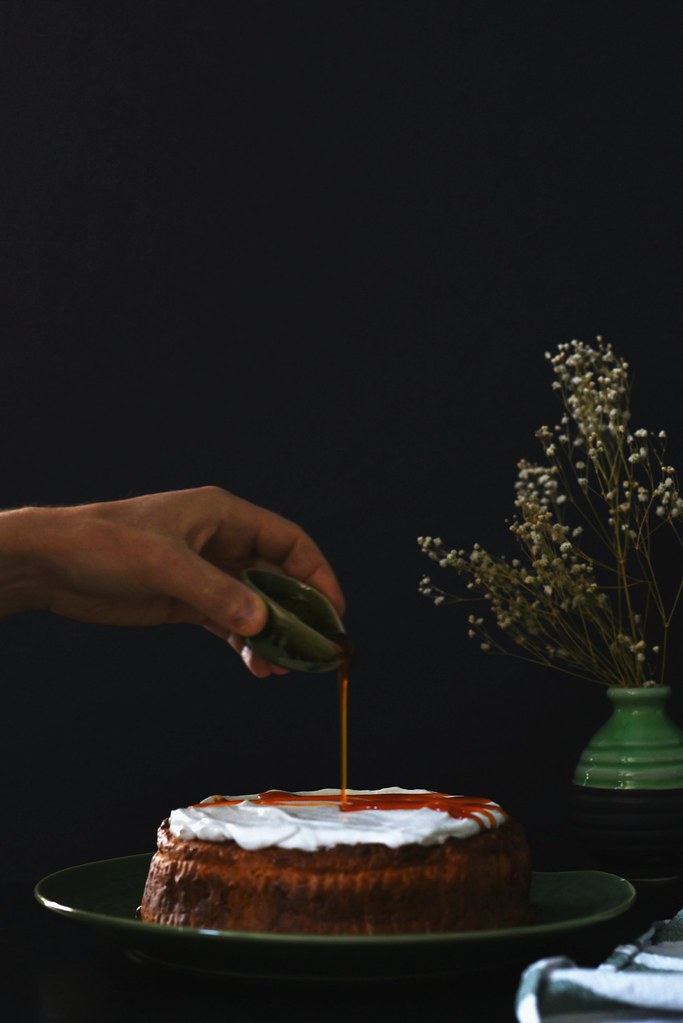 For the Apple Cider Reduction:
6 cups apple cider – simmered in saucepan and reduced to 3/4 cup

using stand mixer with a whisk attachment, whip the egg whites till stiff and glossy, basically until you’re able to upturn the bowl over your head and you’re not covered in it. set aside.

either transfer the whipped egg whites to another bowl, or if you’re fancy, and have another stand mixing bowl, mix the egg yolks + sugar until pale yellow. slowly stream in the vegan butter until fully incorporated, then pour in 1/2 cup of apple cider reduction. add in the flour, 1/2 cup at a time, to the mix until no white streaks are seen. add in 1 tsp cinnamon. stream in the milk until thoroughly mixed. it will be quite liquid-y.

gently fold in the egg whites, in 3 parts. it will be a lumpy batter.

pour into prepared pan. sprinkle on top the remaining cinnamon.

bake for 45-50 minutes, the middle shouldn’t jiggle when shaken.

invert the cake onto plate, and then invert again on serving plate. top with cocowhip and drizzle with remaining reduced apple cider. serve at room temp.

will keep in fridge, covered for a few days, if it lasts that long… 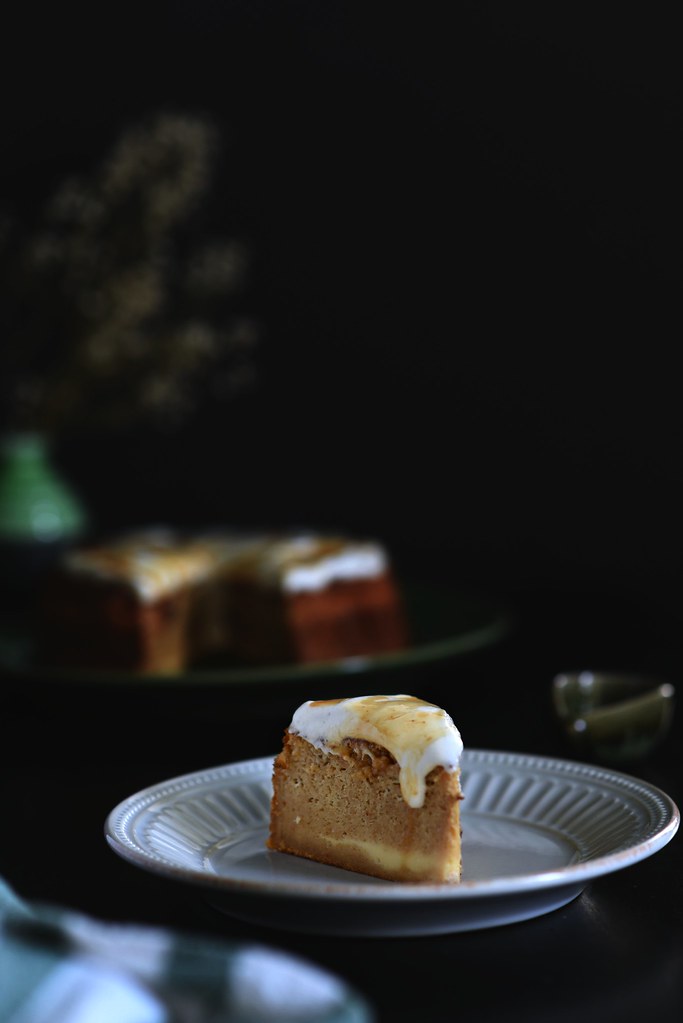 3 years ago: snickerdoodles
2 years ago: banh xeo
1 year ago: i didn’t do diddly