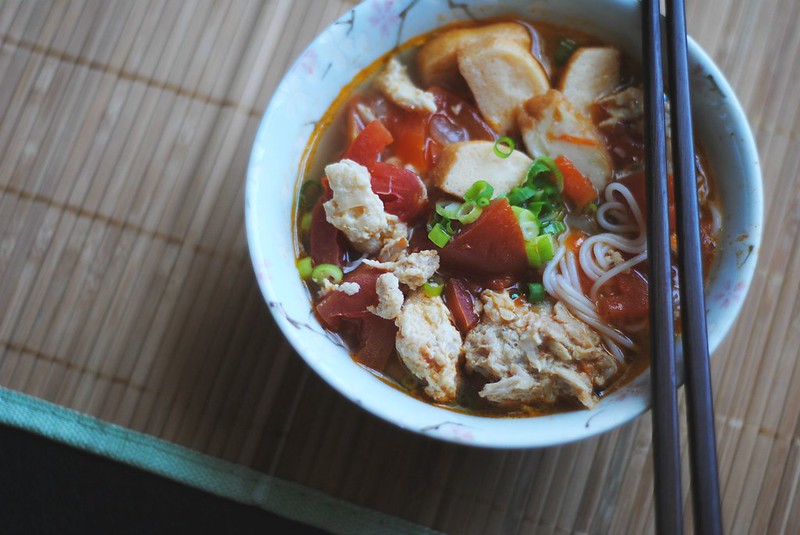 lately i’ve been thinking a lot about
vietnamese food
specifically the foods i ate growing up.
it’s that weird, icky, emo
feeling,
akin to nostalgia,
an emotion that is so foreign,
and unwelcome,
to me
that i would like to punch it in the face.

instead, i think i will attempt to feed it
because starving is just not our thing. 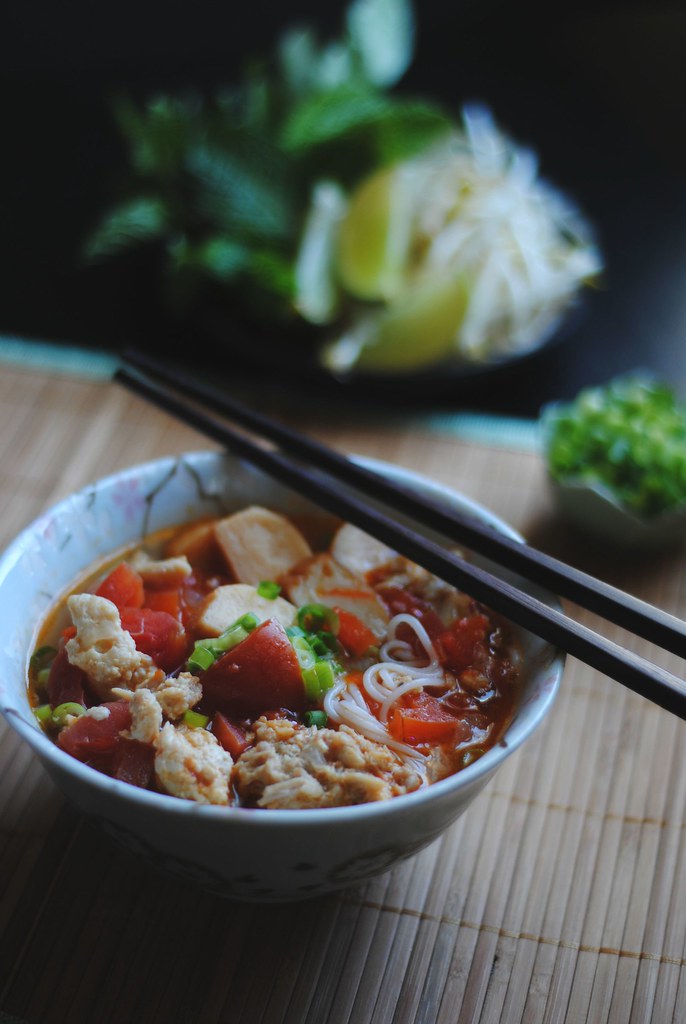 *note: i seem to recall seeing snails in this dish growing up. that’s an ingredient that i cannot locally source and if i’m to be honest, it’s something that i like to consume when prepared by professionals. i’m not there yet to make it myself. instead, i made do with local maryland crab and csa tomatoes – hooray for in-season AND local. alas, the fish cakes were purchased frozen and already prepared. this is when dw will turn a blind eye, conceding that some things just cannot be helped.

this makes a lot. like, an ass clown amount. we’ve have it for leftovers for a week, and we shared this with cousins who recently welcomed a baby boy, leaving them with portions too.

i won’t post the full recipe, because WC does a great job of writing it all out. below are my short cuts and methods that worked for me.

i used two 32 oz boxes of organic seafood stock. i wasn’t about to make crab stock. i did use shrimp shells though.
i purchased backfin crab meat from whole foods, because lump meat would’ve been a waste of good meat and money.
i did not use canned tomatoes, instead, we’ve been drowning in csa tomatoes and so i diced up 15oz worth of tomatoes and rough chunked 4 big tomatoes.
spare ribs were also purchased at whole foods, and i think may have been dw’s favorite part of the dish.
i added two extra eggs to the rieu, because i like it extra eggy. i did not bother with keeping it whole, i just free formed balls with spoons and dropped into the broth.
if you can’t get your hands on banana blossom, shredded cabbage is fine.

last, this dish was just ok on the first day, in fact, i was a little disappointed. but the following days were so much better. 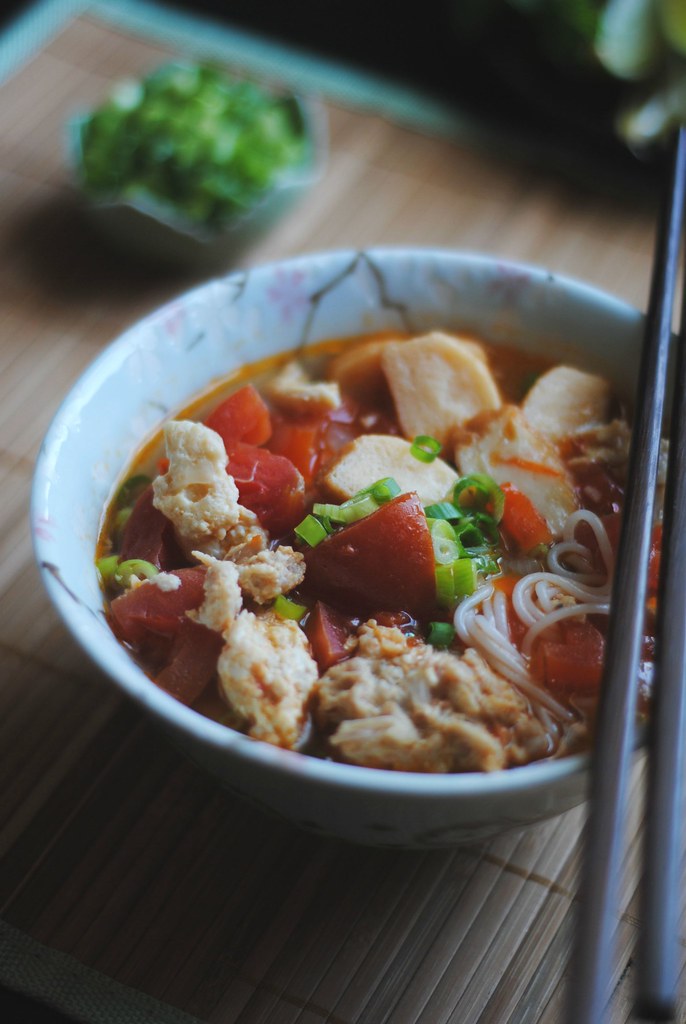